M1 Dynamics. An investment group established by Mohammed Bin Zaal with the mission of contributing to the social and cultural development of the UAE by investing in projects that represent innovation, international awareness, and bringing the UAE into a new generation. M1 Dynamcis represents a diverse portfolio of companies that are collectively focused on progressing Dubai’s economy and supporting the region’s growth.

INVESTING, BUILDING AND CREATING FOR A NEW GENERATION

M1 Dynamics creates and invests in projects that contribute to the cultural and social development of Dubai. We represent the movers and the shakers of the region and align ourselves with investments and projects that propel the region into a new era of diversity, innovation and originality. Our mission is to invest in the values of a new Dubai. 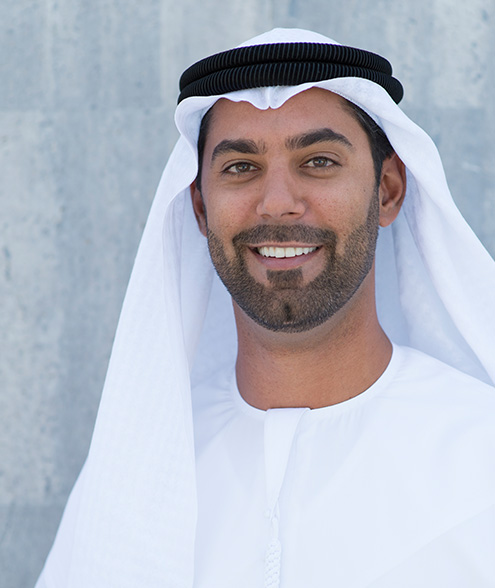 is an entrepreneur from the UAE who has helped shape the property landscape in Dubai. As the developer and former CEO of Al Barari, Mohammed Bin Zaal set a new benchmark in real estate design through this project that focused on enriching lifestyles through a connection to nature, culture and unmatched amenities. During his role as the CEO, Bin Zaal grew the company from 10 employees to over 500 and, in the process, created a company now valued at $6.4bn. Adding to Bin Zaal’s impressive career, he also founded other serviced based companies including Sustainable Builders, Wojood Facilities Management, Green Works and Voyaver Travel & Tourism LLC. All businesses are collectively focused on supporting innovation, cultural advancement and lifestyle enrichment.

Drawing on his extensive experience in both the real estate and service industries, Bin Zaal formed M1 Dynamics with the mission of contributing to the economic and cultural growth of the region.

Named in the “construction power 100” and “100 most powerful Arabs under 40,” Mohammed Bin Zaal has already earned numerous accolades. His work continues the proud, dynamic ambition of the Zaal heritage that dates back to the early 19th century.

We bring new ideas, practices and fresh perspectives to all our activities.

We value talent. We identify and actively support those making a positive impact in the organization and the wider community.

Transparency is at our core. All our activities as an organization and as individuals are guided by the highest ethical code.

We think big. Our operations are grounded in international best practice and keep us connected to the global playing field in which Dubai operates.

We don’t stop. Always moving forward towards the next opportunity, we are focused on constant progress.